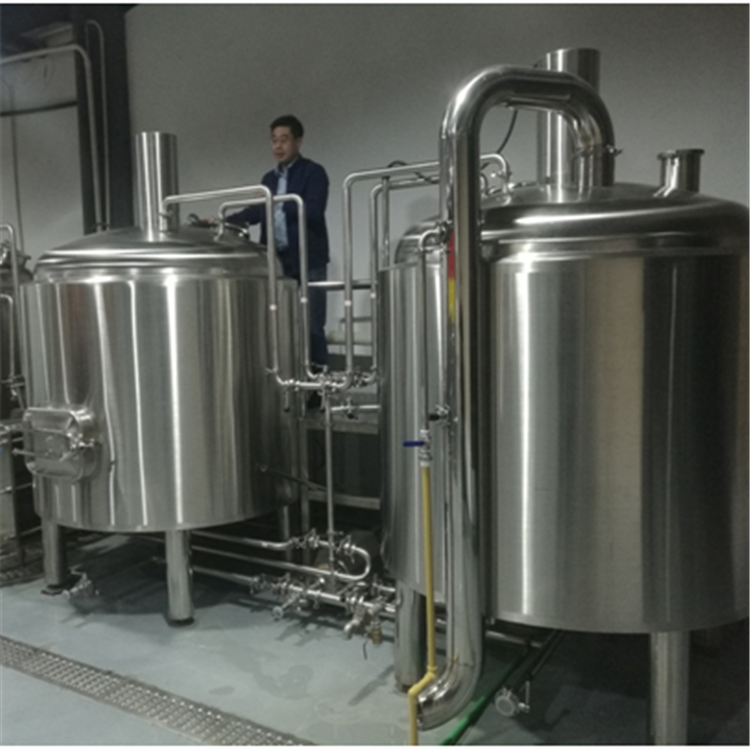 The indoor exhaust device of saccharification system is suitable for restaurants, bars and other places where the relative space is relatively sealed and the steam is not easy to be discharged.

When the crushed malt powder falls into the saccharification pot, the slurry mixing water with automatic temperature adjustment is added into the mixing chamber according to a certain proportion. Through the material water distribution of the umbrella structure, the malt powder and slurry mixing water are evenly mixed, and then directly sent to the saccharification pot. The material liquid mixing ratio and slurry temperature meet the process requirements at one time, It can fully reduce the easy agglomeration of malt powder during feeding, reduce the material loss in the production process, and improve the uniformity and stability of saccharification operation.

When washing grains in small filter tanks, cleaning balls or double umbrella flow plates are usually used to wash grains. Since the cleaning balls or double umbrella flow plates are eccentrically arranged in the filter tank, the process of washing the grains will have a certain impact on the grains. The filtering speed and filtering quality are affected. After being changed to a ring-shaped washing pipe, the spent grains can be washed evenly, and the filtering speed and quality of filtered wort can be improved.