We need to know how beer is brewed and what is its process? What kind of equipment area is needed to complete the process.

What is all in one beer machine 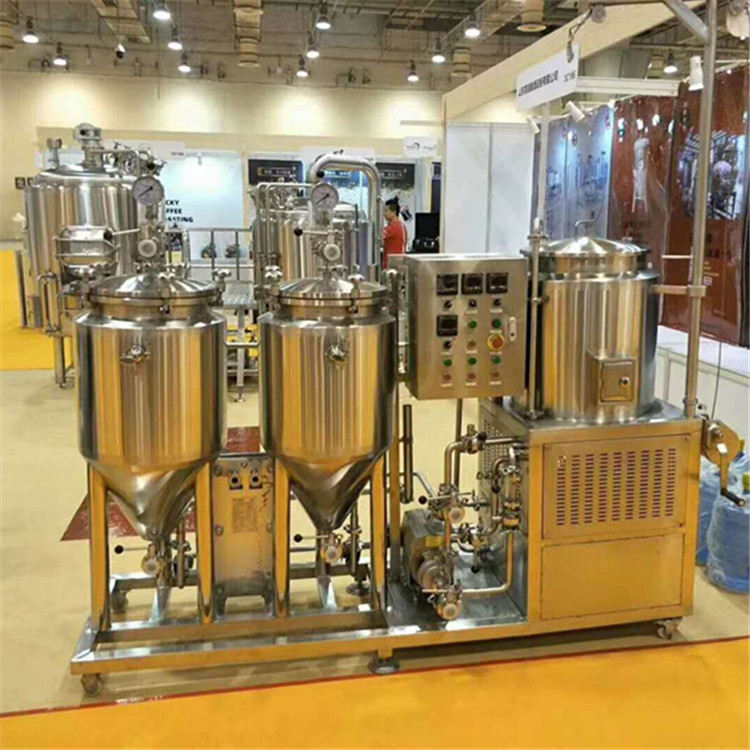 Characteristic of all in one machine

One vessels one pot:The utility model has the advantages of small floor area, space saving, simple operation and low cost. The requirements for the taste and color of the wine are not high.

Two vessels three pot:One vessel is a pot for saccharification and boiling, and the other vessel is composed of two pots. The upper pot is for filtration, and the lower pot is for rotary sinking. This is a German equipment, which is commonly used.

Advantages and disadvantages of all in one machine and extension equipment

All in one machine

Advantages: this kind of equipment has the advantages of small area, convenient installation and less capital investment. The fermentation system of the all-in-one machine is also a separate tank, and the advantages are that it can be used by plug-in and easy installation.

(2) One of the most important steps in wort preparation is boiling. When several cans are combined into one can, the actual capacity of the tank is insufficient, and the wort can not reach the boiling strength, which is easy to overflow,

(3) In the process of wort preparation, enough boiling strength can make the protein in wort agglomerate and precipitate, because the equipment of all-in-one machine can not reach the boiling strength, the protein content in wort is high, and the liquor quality is poor;

(5) The bottom of the fermentation tank is flat, without cone, the impurity precipitation effect in the wine body is not good, the integrated machine can not recycle the yeast without cone, which greatly increases the production cost;

Now the mainstream equipment in all kinds of places, no matter how big or small, needs more investment, but the failure rate is low, and the wine tastes good. All kinds of distillery craft circle are approved equipment

(1) It can produce 2-3 batches of beer in one day, which increases the work efficiency;

(2) There is enough boiling space in the split pot, the wort can reach enough boiling strength, the precipitation effect of wort protein is better, and the wine body is clear;

(3) The reasonable ratio of height to diameter of beer fermentor and the design of 60 degree cone can better precipitate impurities and improve the clarity of the wine;

(4) Most of the fermenters are 60 degree cones, which can precipitate yeast and recycle yeast, so as to improve the reuse rate of yeast and reduce the production cost;

(6) The split equipment is usually heated by boiler steam, which is in indirect contact with wort. The wheat grains will not be adsorbed on the heating tube, resulting in the smell of paste pot.